A Guy Burned His Truck Rescuing People from a Fire, So Toyota Gave Him a New One . . . and Added Burn Marks

Allyn Pierce is an intensive care unit nurse in Paradise, California.  And last year, he risked his life to save his patients from the Camp Fire, which was the deadliest wildfire in state history.

He used his Toyota Tundra to shuttle patients to safety when the fire spread and got too close to the hospital.  He went back and forth multiple times.  And the flames got so close, his doors were charred and his tail lights melted.

But he doesn’t have to worry about replacing it.  Because Toyota heard about the story, and decided to replace it with a brand NEW Toyota Tundra.

But here’s the coolest part:  His charred doors were kind of like a badge of honor.  So they did a custom paint job for him to RECREATE the look.  And they even gave it some texture where the paint on his old truck had boiled and bubbled up.

They gave him the new truck last November but recently surprised him with the custom paint job.  And the first photos of it just hit Facebook.  (TheDrive) 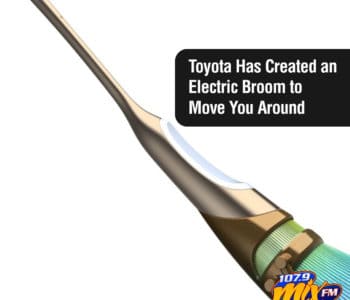 Toyota Has Created an Electric Broom to Move You Around
ADVERTISEMENT