If people can go to jail now for NAGGING their spouses about housework, then I’m pretty sure society is going to blow up.

There’s a 58-year-old woman named Valerie Sanders in Catterick, North Yorkshire, England.  And last year, she kept asking her husband Michael to stop working out so much so he could do some of the vacuuming and cleaning around their house.

Why?  Four years ago, the U.K. made “coercive control” illegal . . . that’s basically mentally abusing someone by controlling them.  And while it’s great to recognize the realities of non-physical abuse . . . this really ISN’T what the law was made for.

Valerie wound up spending 17 hours in a jail cell . . . and now, 14 months later, the charges were dropped right before she was supposed to start her trial.

So why did Michael call the cops?  Quote, “She was controlling.  She was constantly on me . . . I’m not sure if she should have gone to court or not.  That was not my decision.” 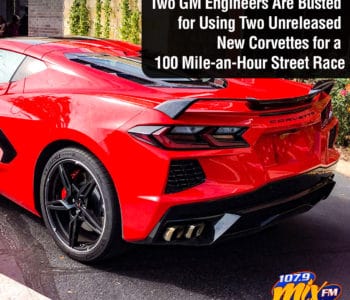 Get this: A Guy with No Arms Is Arrested For Managing to Stab Someone
ADVERTISEMENT